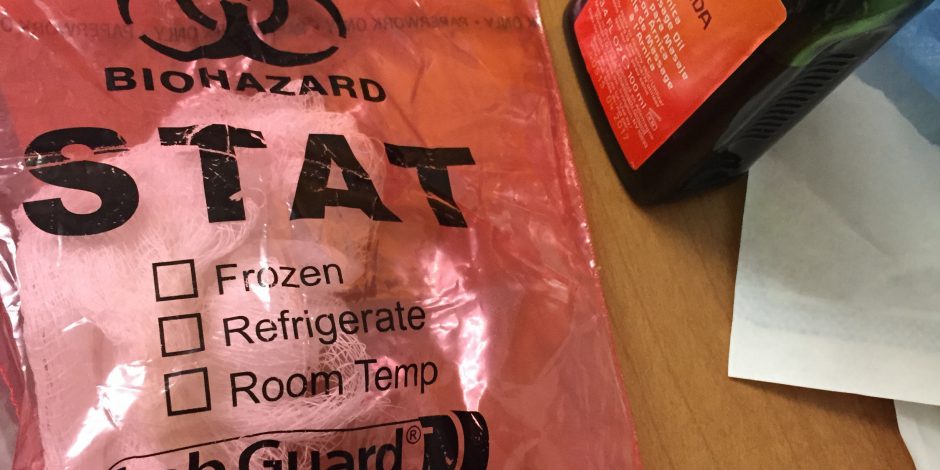 The research is in! It is now confirmed that with a simple vaginal swab we can successfully transfer bacteria from the mother’s birth canal to a baby born by cesarean.

Why would researchers and parents make such an effort?

How a baby is born affects the baby’s first bacteria: a vaginally baby born is primarily colonized by bacterial communities that resemble those of the mother’s vagina while cesarean-born babies are colonized by skin and other bacteria.(i)  This old-as-humans-and-then-some early exposure of a baby to vaginal fluids is important for healthy immune development and metabolism. Increasing the presence of beneficial bacteria from the mother’s vagina is thought to decrease the likelihood of health problems associated with a cesarean birth.(ii)

The microbial swab is not for everyone; women who test positive for group beta streptococcus (GBS), and those with vaginosis would not be good candidates, for example.  But, considering the potential health benefits for your baby, you might discuss doing a microbial vaginal swab to help colonize your baby with lactobacillus and bacteroides, species of beneficial bacteria from the mother’s birth canal.

Here is the “Microbial Restoration Procedure” implemented by lead researcher Gloria Dominguez-Bello, associate professor in the Human Microbiome Program at the New York University School of Medicine, and her colleagues. They tested the mother’s vaginal pH and once it was confirmed to be less than 4.5,

“(a)…layered gauze was folded like a fan, and then in half, wet with sterile saline solution and inserted in the vagina for 1 h(our). Right before the C-section surgery started, the gauze was extracted and placed in a sterile collector and kept at room temperature. As soon as the baby was brought to the neonate lamp and within 1 min(ute) after delivery, the infant was swabbed with the gauze, starting on the lips, followed by the face, thorax, arms, legs, genitals and anal region, and finally the back. The swabbing took approximately 15 s(econds). The neonatologist then proceeded to perform the standard detailed examination of the newborn.”(iii)

In the News: Using a Mother’s Microbes to Protect Cesarean Babies.

“The first germs to colonize a newborn delivered vaginally come almost exclusively from its mother. But the first to reach an infant born by cesarean section come mostly from the environment — particularly bacteria from inaccessible or less-scrubbed areas like lamps and walls, and skin cells from everyone else in the delivery room.”

Some experts believe this could influence the long-term health of babies born by cesarean if this were to become standard practice. Dr. Maria Gloria Dominguez-Bello, lead author of the report, said,“The small proof-of-principle study suggests a new way to inoculate babies.  An infant’s first exposure to microbes may educate the early immune system to recognize friend from foe. These early microbial interactions may help set up an immune system that recognizes ‘self’ from ‘non-self’ for the rest of a person’s life.”(iv)

(i) Blaser, M., “The way you’re born can mess with the microbes you need to survive” (2014). Retreived from http://www.wired.com/2014/04/missing-microbes-antibiotic-resistance-birth/

(iii)Dominguez-Bello, “Partial restoration of the microbiota…”:250-3.

Martin Blaser, Missing microbes: How the overuse of antibiotics is fueling our modern plagues, Henry Holt and Co.(2014)